I struggled with which blog to write: the one about depression and Robin William’s suicide or the one about the riot after the shooting of yet another black youth (this as my bi-racial grandson heads down to the Deep South for college).  And then, in today’s paper, Miami Herald columnist Leonard Pitts said this and it all came together.  “Silence imposed on pain cannot indefinitely endure. People who are hurting will always, eventually, make themselves heard.”

In my 63 years I haven’t found one thing that talking doesn’t help.  Robin Williams’ suicide might have been stopped, Michael Brown’s death might not have happened. But until we communicate with each other—and by that I mean talk, really talk—everything we say and do is based on assumption and conjecture.  And just like that old-fashioned party game Telephone, the message at the end rarely has anything to do with the intended message.  We’re human. We naturally add our personal spin and are left with nothing but a garbled mess.

So my prayer for today (and every day) is that you talk, really talk. Have that difficult conversation with your spouse or child or parent.  Let someone know about the angst in your soul that’s eating away at your very reason for living. Share the anger and despair that lives deep inside when you’re dismissed or denied. Don’t keep it to yourself. There’s a reason our mothers told us “two heads are better than one”. When we bring someone into our world with talk, real talk—the burden is shared and we’re no longer alone.  And, alone is nowhere to be.  Reach out. 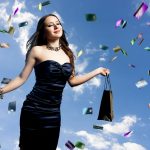 Keeping Up With The Irresponsibles

5 Disturbing Signs That Your Money’s Been Hacked

An Accountant, a Therapist and a TV Producer walk into a bar…

A Happy Family is Based on Love, Not Biology